Understanding The Impact Of Web 3.0 On The Future

The third iteration or version of the Internet, referred to as Web 3.0 (also known as web3), integrates data in a decentralized manner to provide a quicker and more individualized user experience. Your information is safe and secure since it is constructed with the help of artificial intelligence, machine learning, and the semantic web. It also makes use of the blockchain security system.

Web 3.0 is characterized by decentralization, openness, and amazing user utility. The semantic web is intended to comprehend and interpret the context and notion of the material. As a result, when a user looks for an answer, web 3.0 provides the most precise and pertinent result.

The Essentials of Web 3.0

Open: It is “open” in the sense that it was created using open-source software by a community of developers who were accessible to the public and worked on it in plain sight.

Trustless: The network gives users the flexibility to connect both publicly and privately without exposing them to dangers through a middleman, therefore “trustless” data.

Permissionless: Anyone, including users and providers, can participate without requesting approval from a governing body.

Ubiquitous: Web 3.0’s ubiquitous nature will enable everyone to access the Internet from anywhere at any time. At some point, unlike in web 2.0, Internet-connected gadgets won’t just be limited to computers and smartphones. Technology will make it possible to create a wide range of new sorts of intelligent devices thanks to the IoT (Internet of Things).

One of the most innovative web3 and blockchain products, Metaverse has a variety of applications ranging from gaming to education. Several booming industries will see a dramatic transition as a result of Metaverse, including education, healthcare, gambling, and real estate.

NFTs, or Non-Fungible Tokens, are the most well-liked and long-lasting web3 by-products. The potential of NFTs as tradable digital tokens has not yet been fully realized despite companies like Warner Brothers, Meta, and celebrities being involved in their creation.

The market for decentralized social media networks is called SocialFi. Announcing the creation of the first-ever decentralized free-speech social media platforms that users will entirely control, Twitter co-founder Jack Dorsey said his team is constructing Twitter. It will operate on blockchain-based smart contracts powered by the DAO and be free from any corporate or governmental institution’s control.

The fundamental component of any DAO-based application is a smart contract. It is a set of requirements that make up the fundamental functioning of a DAO (decentralized autonomous organization) built on blockchain. Wherever they are successfully met, these criteria cause the smart contract to carry out a command that does the action that was set during development.

The two most potential web3 categories are decentralized applications and decentralized finance. The infrastructure that is currently based on Web2 is about to be disrupted by these two technologies. Security and control, the two major issues facing web2 applications, are resolved by decentralized architecture.

Why is web3 scaling a cause for concern?

Concern yourself with the rate of web3 scaling. Why? Let’s investigate. Every day, someone adopts web3 solutions, necessitating the conversion of web2 to web3 ecosystems by a qualified expert. According to analysts, demand for web2 specialists will decline as demand for blockchain and web3 professionals increases.

An Internet where users can fully control their data and privacy while allowing businesses to access it is on the horizon (or not). Blockchain will power all of this.

Web 3.0 will thereby hasten the ethical and open use of user information, from tailored search results to cross-platform development tools and the application of 3D graphics. The internet will grow more interactive and immersive. 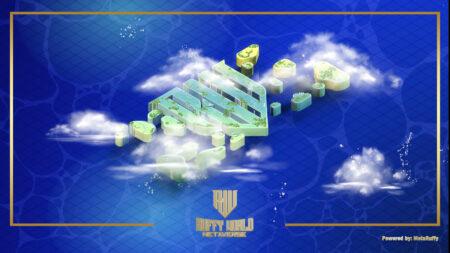